The Camel Festival is a lively and colourful event organized in Bikaner by the Department of Tourism, Government of Rajasthan. Situated in the heart of the desert belt, Bikaner was always an inaccessible land. Before the advent of modern motor vehicles the survival of the people of this region depended on the “ship of the desert” the camel.
The camels of this region are famous for their endurance as well as their strength and beauty. In fact the Bikaner army had an elite camel corps called the Ganga Risala, which took active part in both the world wars. The Ganga Risala was a Camel unit in the Army of independent India and it even took part in the Indo-Pak wars. Bikaner also boasts of the only camel breeding center in India. In fact camel can still be seen pulling heavy loads on carts in this region.

Thousands of excited tourists and local people cheers this man and beast affair organized especially, for promoting the camel breeders of the region and to revive the age old traditions of taming and training camels.
The festival begins with a colourful procession of beautifully decorated camels. The procession heads to the open ground. Here the festivities begin in earnest. The camel pageant is held on the first day. Here the camel owners show off their camel’s decorations and jewellery. Camel dance performances are also held. There are competitions for the best decorated camels, camel milking and also for the best fur cutting design camels. The colourful bridles, bejewelled necks and jingling anklets cast a magical spell on the audience.

On the second day the fleetest camels of the region take part in the camel races. The competition is fierce as the best camels vie for the honors. Thousand of excited tourists and locals cheer the favorites.
On both days the evening end with a rendezvous with the renowned folk artistes of Rajasthan. The jubilant, skirt swirling dances, the awe inspiring fire dances and many other equally interesting performances entertain the visitors. 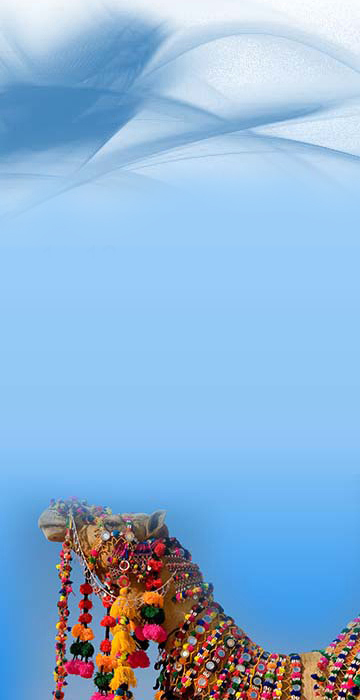